Well, there is a new chart in town,  Apple announced that Shazam data will also now power a new Apple Music chart: the Shazam Discovery Top 50. The chart will feature a weekly global ranking of the top 50 artists on the move and their trending track, based on Shazam data.

According to a TechCrunch report, the Shazam app has been downloaded a billion times and sees 20 million “Shazams” per day — that’s the number of times a user pushes the button to identify a song that’s playing. These Shazams will now be used to identify tracks that are poised for a breakout.

TechCrunch further states that the metric used to compile the chart is different to the traditional music chart would use, as it’s not a reference to how many downloads, purchases or streams a song has — instead, it lends itself more to insights about up-and-coming artists. 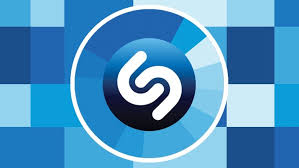 The Shazam app is owned by Apple Inc. In 2018 Apple paid $400 million for the music recognition app, to that extent the Shazam Discovery Top 50  will find first citizenship in Apple Music services.